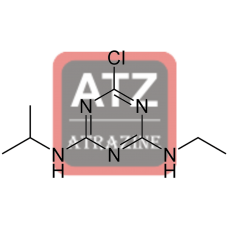 Our Atrazine - HRP product is an Enzyme Conjugate based on a HRP (Horseradish Peroxidase) carrier, attached to proprietary Atrazine derivatives.

Atrazine, 2-chloro-4-(ethylamino)-6-(isopropylamino)-s-triazine, an organic compound consisting of an s-triazine-ring is a widely used herbicide. Its use is controversial due to its effects on nontarget species, such as on amphibians, and because of widespread contamination of waterways and drinking water supplies. Although it has been excluded from a re-registration process in the European Union, it is still one of the most widely used herbicides in the world.